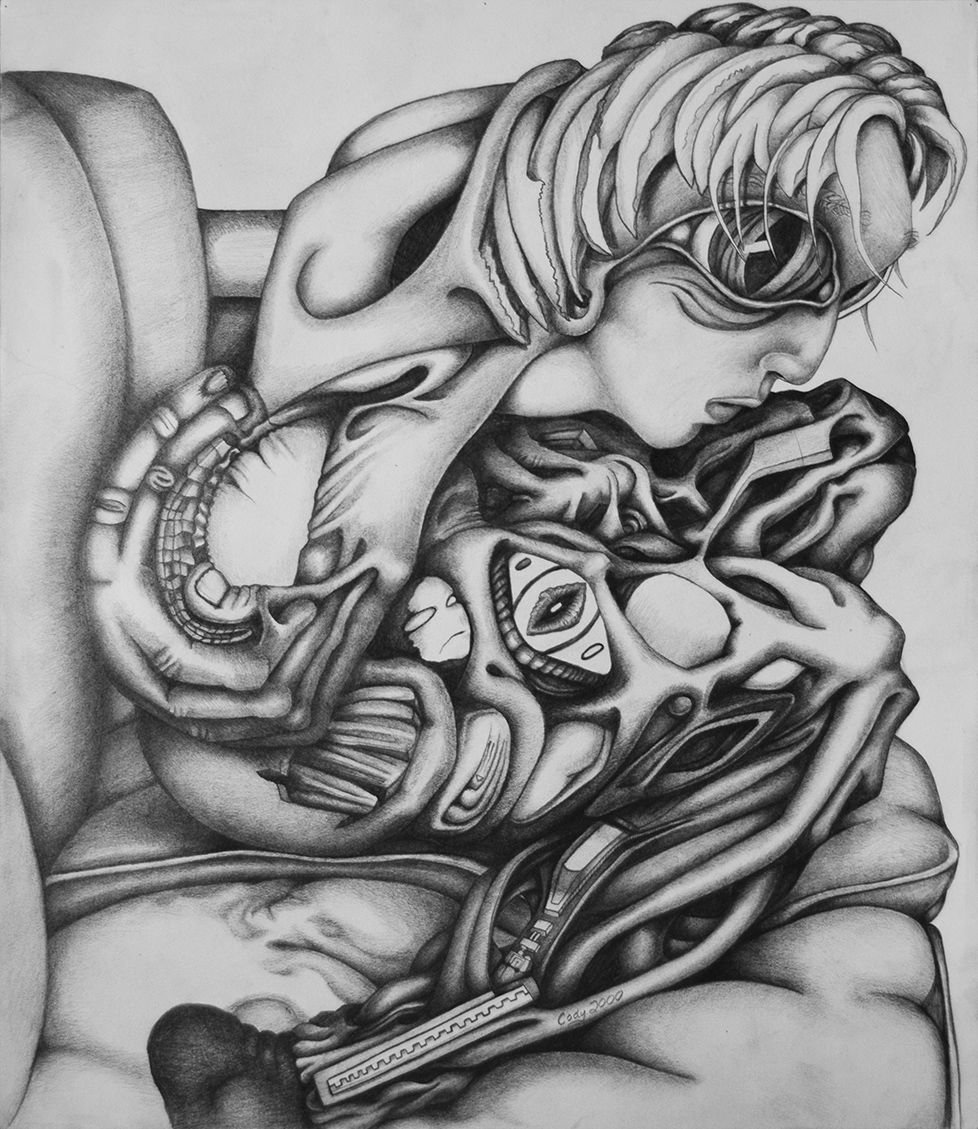 An early pencil work that began to incorporate some art historical Modernist influences within its composition.  Representing a period of psychic and psycho-sexual investigation of the unconscious, this image portrays in essence a creature which offers itself to the observer, while simultaneously withdrawing.  The architecture of the relationship to the observer is one of physical seduction and political denial, creating in net effect a binding sado-masochistic schism.  This image was later adapted into a commission, by the request of an anonymous patron, titled “Psychic Vampyre in Date Rape Camouflage Meets 2c-i Guy.” 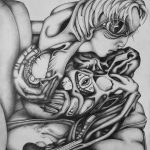 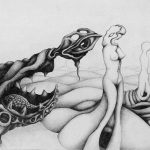 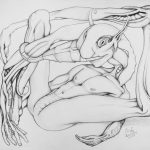 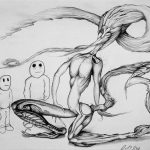 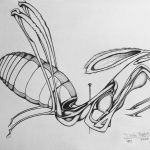 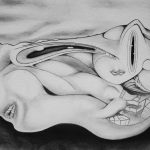