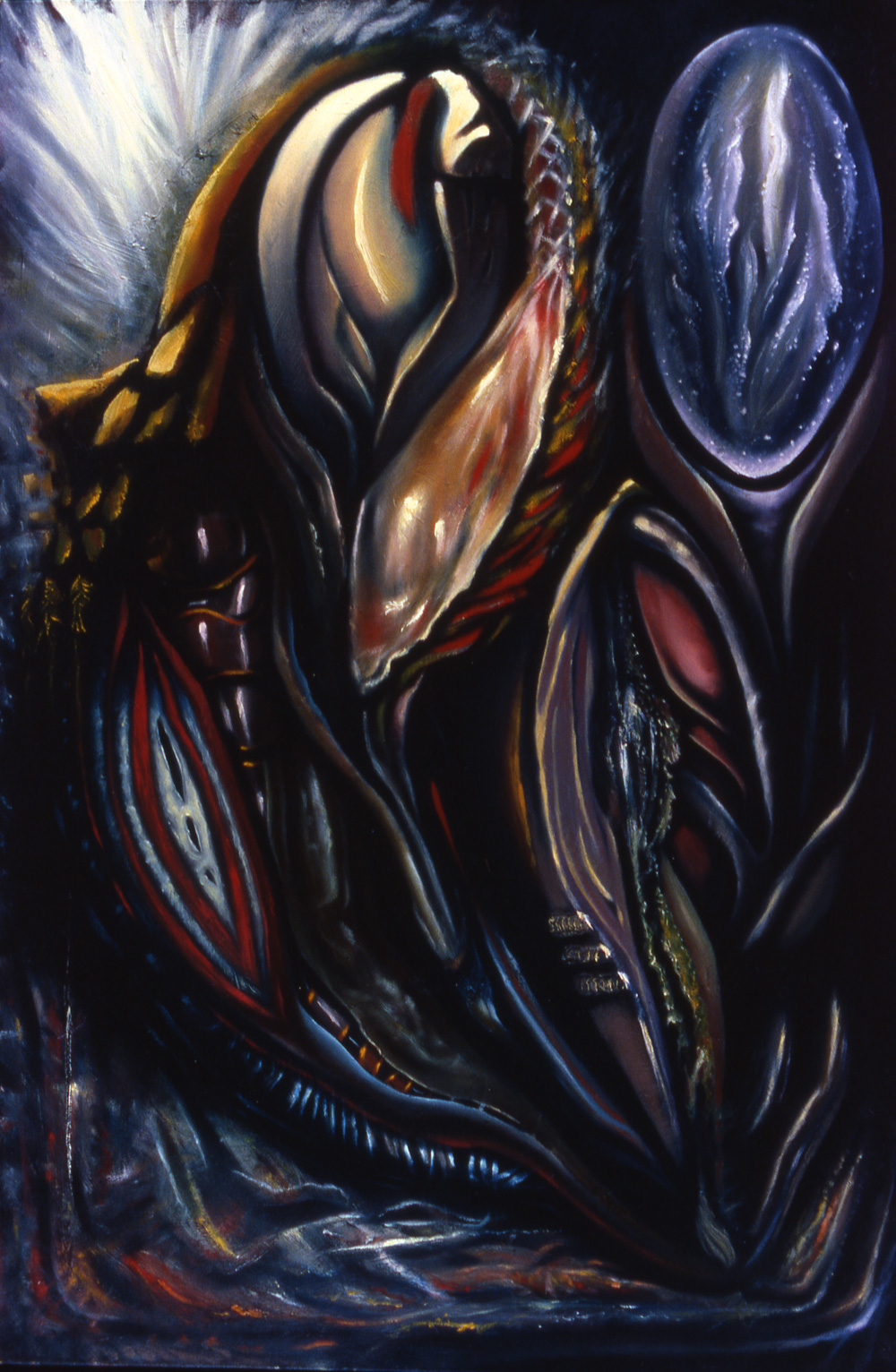 A work of recapitulation from an encounter with death, as well as a recapitulation of sublimated voyeuristic aspects of self, the nature of being, and the emergence of archetypes primordial…plant, insect, eel/snake, grey alien and more.  Painted largely under the influence of LSD as part of a documentary process.  An interesting note to this work; when the lights dim to where the eyes only register grey scale, a grey alien head can be seen.  It is one of the most raw undertakings of what might be construed as simply the “loud noise” of a perturbed mind, though in net effect managing to allow a record of the deep unconscious archetype to emerge in more living fashion than mere symbol.