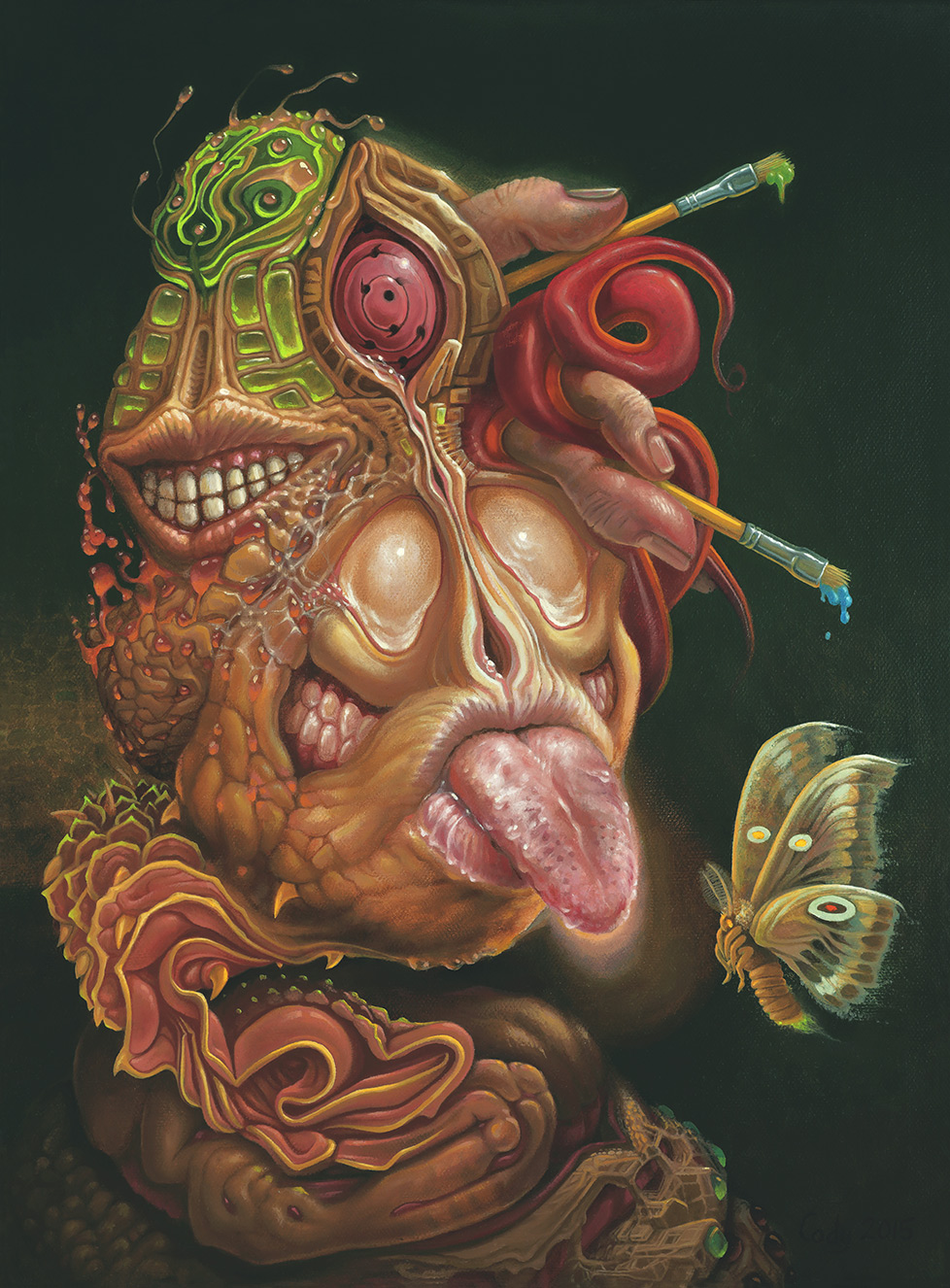 This work was built during the Halloween season and found much influence from sentiments surrounding the holiday.  The result was a ghoulish “monster” of sorts.

In this psychologically bed headed portrait, a creature sets in a trance; his eyes devolved and vestigal, his third eye open but hardened and in a form resembling the third eye of the character, Madara from the Naruto Shippuden anime series.  Whereas typically the third eye opens into greater awareness, the third eye Madara used cast the Infinite Tsukuyomi, which created a completely delusional dream world.  The imagery therefore expresses an awareness existing in corporeal introspection.  The creature’s mind sprouts, on the left side, an emerging face, grinning.  To the right side of the head, red tentacles and fingers intertwine–a collaboration of invertebrate and vertebrate consciousness cooperatively handling paint brushes of the sort used to build the art work itself.  The neck and throat bristle with random thorns, as from a rose or the upper portions of a beak sprouting from its flesh.  The neck itself disassociates into layers of membranous material, terminating upon an abstracted base of convoluted forms composing its body.

The nose is virtually non existent, more a sinus reiterative of the shape of the third eye.  Set against the exposed teeth peering out of the thick, meaty cheeks, a skeleton like impression results.  This impression sets behind a visceral set of lips and tongue, which is the creature’s prime seat of awareness.  Sensual, organic, the tongue organ hangs, meaty, and with consciousness of a sea cucumber.  It illuminates at the tip, drawing the attraction of a nearby moth–with mystery of purpose.