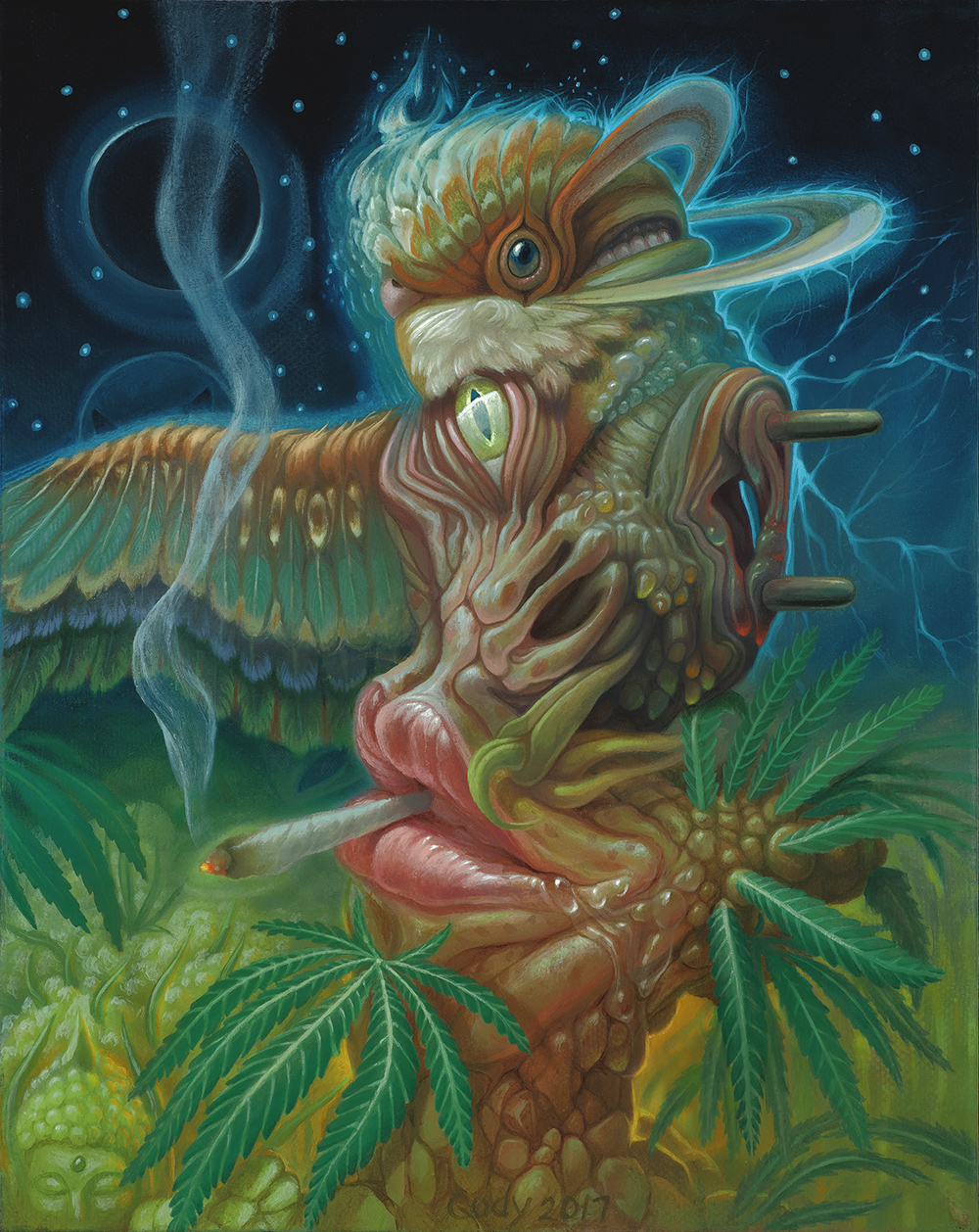 Another Budgie takes its place within the “Jātaka Tales of a Budgie-Sattva”; this one a visual amalgam of Parakeet, glamor lips smoking a lit joint, marijuana leaves, a prototypical yellow eye, and more. The distinguishable features of the figure are connected and supported by various morphological tissues.

The bird itself has two sides, both illuminated in their own respect. It also has two faces for each side. Likewise there is a dualism at the shoulders; whereas on the left side there is an outstretched wing, the right side lacks a wing and instead there exist two peg or pin like structures jutting out of a corporeal flesh representing its joint–an influence of chronic shoulder pain.

Some key features include:

Grey aliens hiding behind the figure’s wing, which itself lies beneath an eclipsed object in the sky.

The glamor lips of the figure drool a resin that mingles with the structures of its own plant body.

A Buddha sets in a bed of buds stretching into the background, among canopies of leaves. 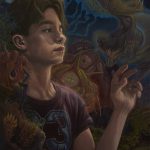 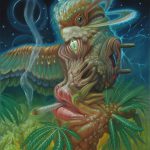 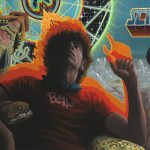 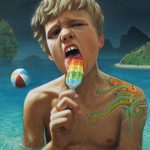 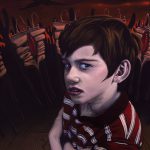 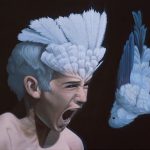