The Approach of a Great Threshold 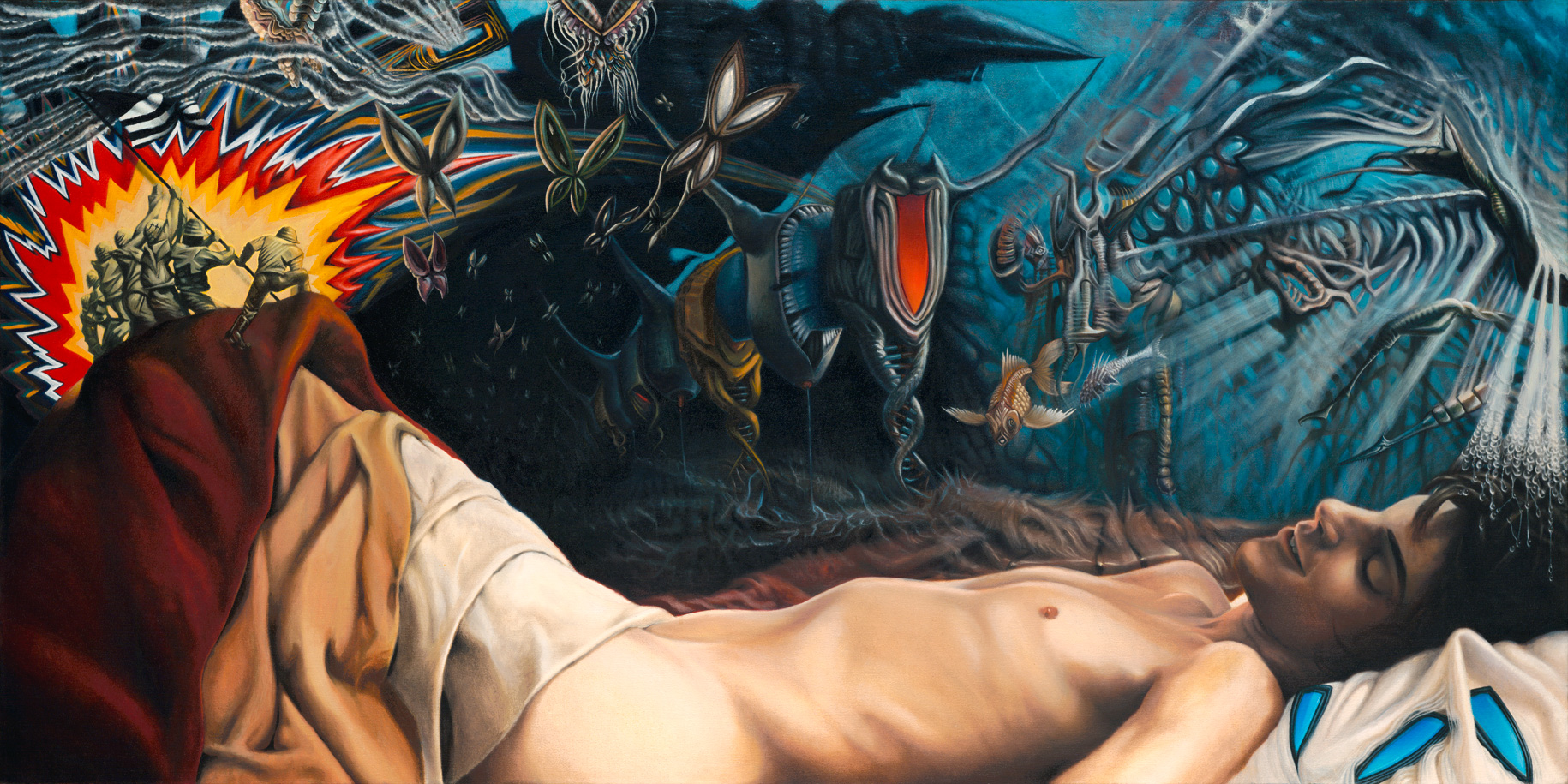 This piece was a complex reflection of subliminal interactions which had yet to manifest–between myself and my future lover.  The making of the work involved the use of Morning Glory extracts.  There was a period of time during which the psychedelic experience tore down the initial direction of the imagery and spiralled the piece into heightened complexity.  The zeitgeist of the period intervened, including the sentiment of the war in the Middle East under George Bush, Jr.

This piece is an interstice in time and relation. It speaks on many levels of the moments before manifestation, when much of the world of perception appears as a dream.  The figure is in a reverie, unaware of the 3 psycho-sexual parasites looming overhead.  The shaman consciousness has lost its form and sets in the general vicinity, toward the background near the goldfish.  A line of intent connects the shaman to one of the parasites, awakening it and transforming it.  The other two within the scope of this work still remained pathologically dangerous.

The figure emerging, in perspective, from the background, is an alternating form excreting itself into the environment and also incorporating the environment into a double helix.  It moves ever forward but has no clear beginning, signifying the essence of reincarnation, life and death.  Various butterfly like creatures, some with overt alien influence, also emerge from the void.