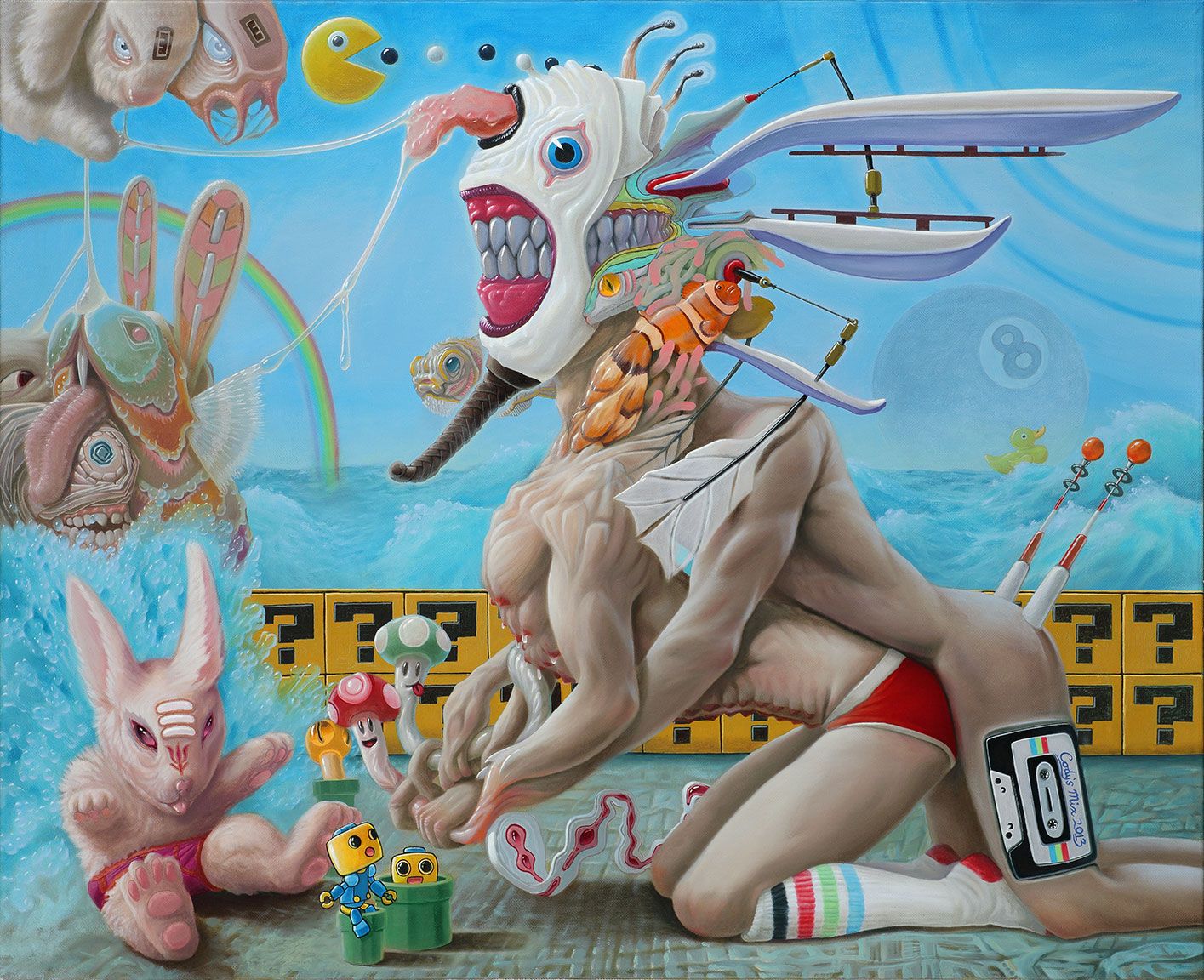 In this image, a giant sphinx spoons itself in erotic play within an aquatic styled environment littered by various denizens. These creatures include symbols and archetypes both current and nostalgic–each inhabiting a rootedness within mass cultural adolescence. Among the roster are Servbots from the Megaman series (apparently having wandered off from Ms. Tron Bonne), Mario Brothers inspired mushrooms, Pacman, a distant sea faring rubber duck, creatures sporting the symbols of Gaara from the Naruto anime, and a Pokemon-like rabbit (a novel incarnation of Ganesha indicated by the Shiva trident on its nose). In addition, a few sea creatures partly inspired by sea monsters of western antiquity conglomerate along the mid left side of the composition. The Sphinx itself is an amalgam of aquatic, fetishist, ancient Egyptian, and 80’s style adornments, both living, as in a clown fish, or material, such as a cassette tape. Nautically colored antennae receive somatic signals from the atmosphere, perhaps from the 8 Ball moon or giant ringed planet beyond.