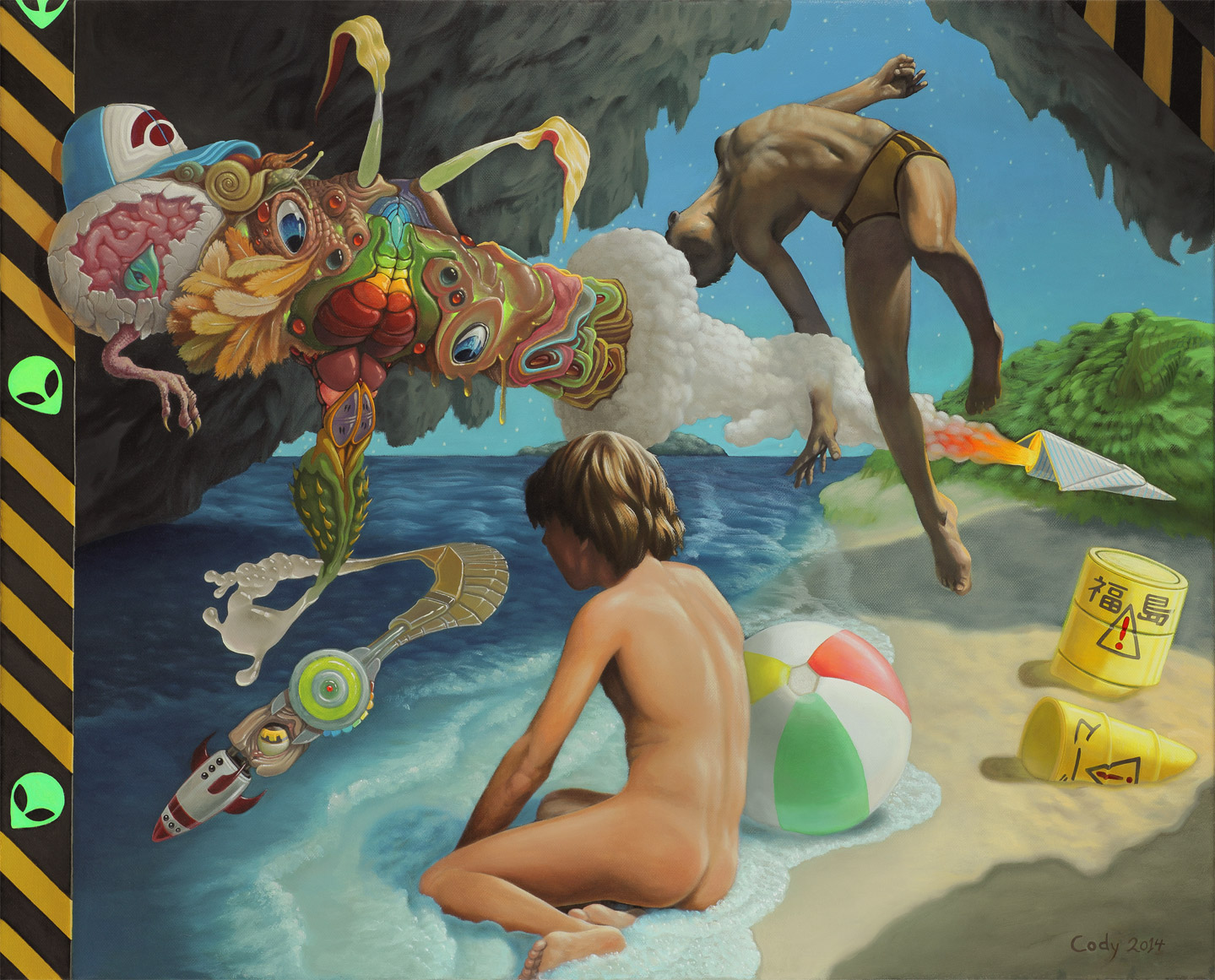 The term “Fuku” refers to fortune or good luck. “Shiva” refers to the Hindu deity who represents strongly polar qualities, both severe and delicate.

On a beach inspired by adventures on Phi Phi island in Thailand, three youths cavort. Two are representational figures and the third is psychologically rendered. A dynamic relationship ensues between the triad; a reciprocity of active and passive states. The boy on the right engages in maneuvers of evasion, defense, and is dressed in a speedo which reiterates the colors and symbolism of the caution tape on the left and upper right frame of the composition. In concurrent reaction the psychedelic figure shoots out a rocket powered paper airplane. The nude boy seated in the froth and sand approaches in passive repose, and is met with active attention but equal physical reserve by the psychedelic being.

Perhaps the most naked figure is also the least representational. Looming large, dynamic, and active, it engages its companions playfully. Various symbols interject into the otherwise naturalistic scene, most notably a beach ball and two contaminated barrels nested in the sand. The upright barrel reads “FukuShima” in Kanji. The barrel laying down reads “Dharma”.

To the left the scene is boundaried by caution tape, reiterating the danger of the nuclear waste while also hosting alien archetypes, whose presence, as is the nature of these entities, runs up and just behind the consciousness of the psychedelic figure’s eggshell-like skull.

The painting glows aquamarine in the water and stars, and green in various other areas when lights are dimmed, glazed with a stable strontium compound. 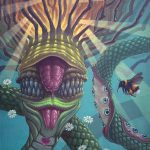