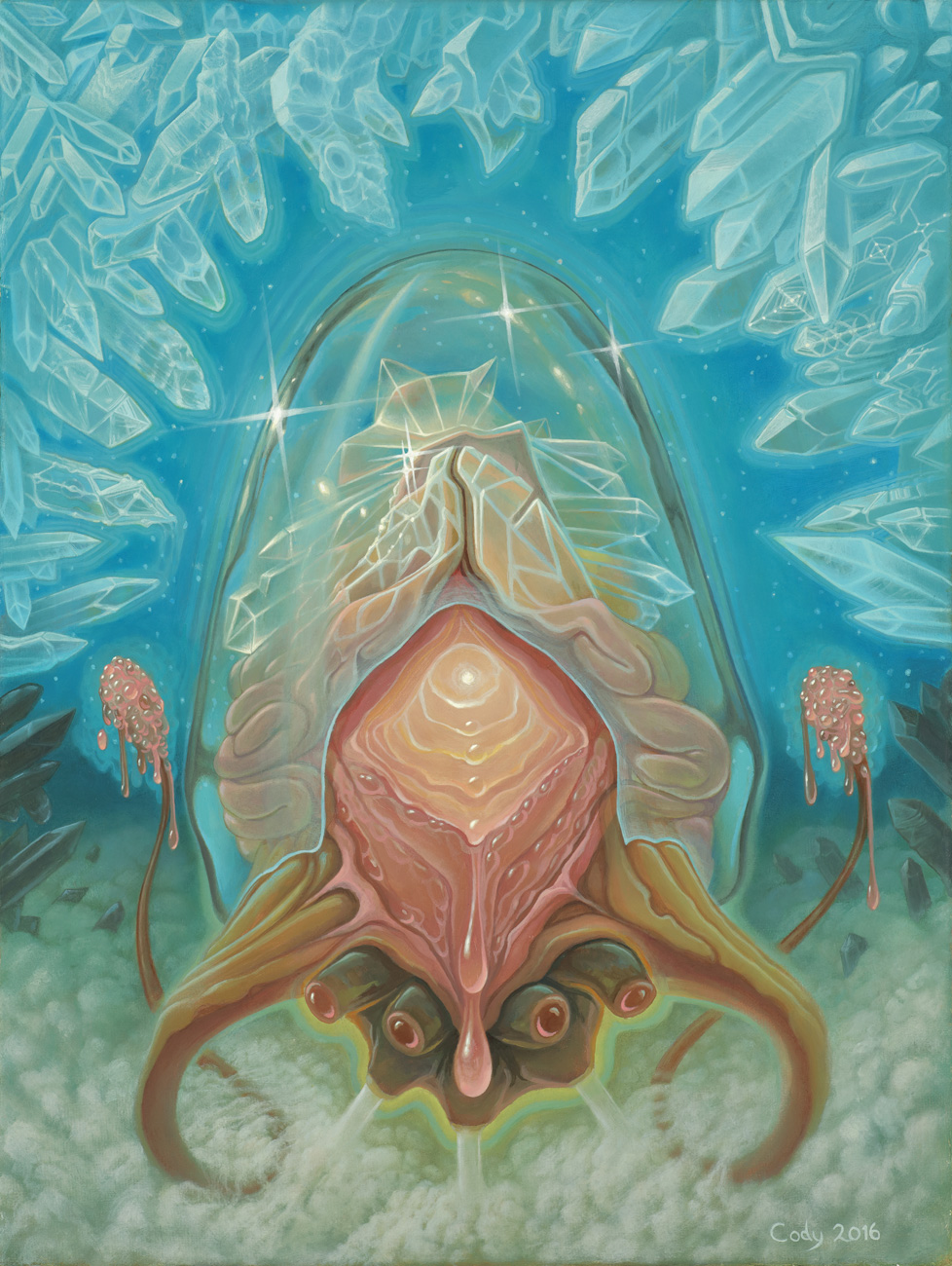 This vignette resulted in an entity with both an alien and familiar composition; at once exhibiting plant, animal, marine, mineral, and extraterrestrial qualities. Like a hermit crab its “brain” is encased in a shell. Its brain casing is transparent, revealing neurological folds and harder crystalline structures which compose its mind. The exposed face of the creature consists of an illuminated central eye, its “consciousness”, reflecting onto morphing layers of material which drip down the center. It has 4 short appendages with red lenses, most likely another form of eye.
The creature hovers while releasing steam. Two long appendages curl behind, terminating in pink gelatinous masses similar to what one might find in certain carnivorous plant species.
Against a smattering of stars in the background, the sharp reflections on its shell resemble a constellation, revealing a celestial origin.