Internal Reflections of a Self-Aware Cupid 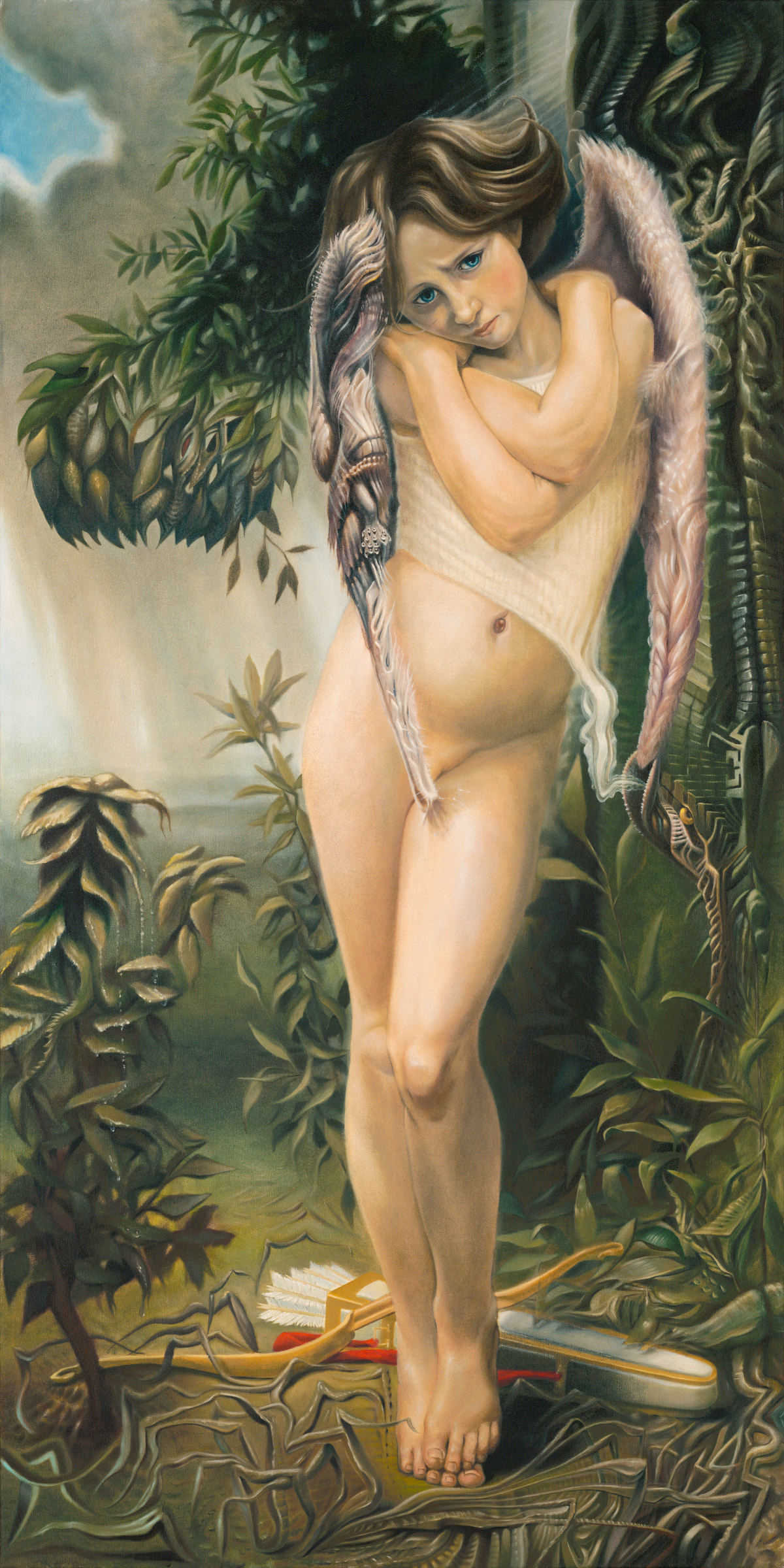 I wanted to reapproach the somewhat transgender subject of cupid, but through a reflection that recognizes cupid as a self aware being as opposed to the romanticist cherubic or nigh rococo approach. This image was taken as a basic composition from a romanticist piece circa 1885 by William Adolphe Bouguereau and radically altered to reflect upon current psychic and sensual awarenesses.  The areas near the feet of the figure were rendered over many hours in altered states of mind.  LSD and ambient music with long tracks and cyclical compositions, created a coordination within myself between the painting surface and the auditory environment.  Reflections upon the somewhat ambiguous nature of the feet, and the intentions of the emerging entities of the ground were dominant considerations.  Additionally the patterning and repetition of the music, on loop, and my compositional concurrence with it, formed the foundational basis for the interactions and manifestations of the various organisms.  In other words, through countless revisions, each slightly building upon the imagery before it, but with change, the beings on the ground evolved.  Much like the apprehension around a spider, the tender feet of the figure are exposed to any menace below, but guarded.  Yet despite the alien quality of those creatures, the area around the feet is respected and clear.